What they don’t teach you in an Animation school?

Home > Animation > What they don’t teach you in an Animation school?
[flexy_breadcrumb]

What they don’t teach you in an Animation school? 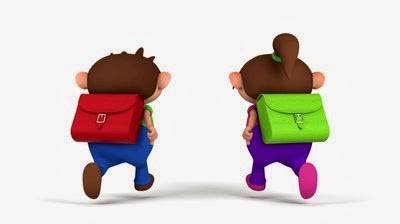 There are many students at some of the best animation colleges in Jaipur and Delhi who used to let things go like layouts, design, and storyboards just because of their fatigue. They just jump in and animate their last film. I never saw such kind of students succeed. Animation is all about doing things the same way again and again, with assured result.

There are designs for a reason. You will design for your final film. Consider how it will work for you. It’s not a pointless move to jump on. The idea behind the design is more than just creating the actual character. Instead, it is also about solving issues with character. It is not about how the character looks. It’s about how the student thinks.

Learn to Tailor the Designs

Instead of managing designs with the same sad/happy/angry expressions, customize the design to the expressions and poses of the characters in your final film. To make character attractive and work in the context of story, tailor it. If it never smiles, don’t force it to smile in the design pack. Find out how to make it look attractive in design stage, instead of getting it to animation stage.

Don’t miss this stage as you may face a lot of problems at this stage. It’s more than just making a professional looking storyboard. It’s also about a useful storyboard. Many students feel that they can draw only one panel and it will be enough. They skip the opportunity that board offers.

Stuck somewhere? Do it again and again

In all aspects of animation (whether professional or otherwise), anyone following you up may not know anything. So, prepare something that anyone can understand. It doesn’t mean they are dumb. However, you cannot expect someone to be as competent as you are. So, be specific to the material. Don’t take chance on anything and cut (better to avoid) the risk of mistakes.

There is no “EASY” in drawing

You have to make expressions clear and add lots of poses to the board. Show where it starts, how it proceeds and where it stops. In case character is frown overly, brighten and show them with neutral expression and show where frown comes from. Go from frown to brighter smile.

Are you showing a punch thrown? Make a wind-up pose, then punch and then victim flying. Label the cuts, camera moves, and transitions. Treat the board like sheet timing. Work out on your timing.

Thinking to turn “lightbulb” on in your head throughout the process? You can get a huge sense of where story is going with a well-shot animatic. The more you work out on your film before you animate or film, the better you can control on the final product. It forms a better insight of what animation will be. Keep in mind that complete breakdowns are not actually needed. They can lose sketchy drawings if you add them.

Along the process of learning at Animation training institutes in Jaipur and Delhi, you might face problems. But there are skilled faculties who can help you along the process.